One of the most admired architectural lighting designers of our architectural practice is David Weeks, a New Yorker famous for beautiful and delicate lighting apparatuses that are more art pieces than lighting.  Despite specifying his lights we did not understand that he had more strings to his bow.  It was a pleasant surprise, when through The Goods Tube we zoomed in on an interesting character object called Cubebot, and to find it was a David Weeks creation.  In a recent trip to NYC we decided we had to meet David Weeks and find out a bit more about him, his work and how he goes about creating such a diverse range of goods.

DUMBO and the dog.

Located in the gentrifying - trendy but still edgy - area of Brooklyn with the moniker DUMBO (Down Under Manhattan Bridge Overpass), the David Weeks Studio is housed on the sixth floor of a multi-storey industrial building.  We had been warned that David and the team were busy as they were preparing for the new collection for Ralph Pucci, and we expected a stressed environment.  On arrival we were greeted by the office dog lying in the doorway - one of the most relaxed creatures that one could meet - after raising his head in greeting he lay the rest of the time on the floor keeping an eye on proceedings.  David and his team stepped around the office mascot and after a warm greeting took us on a tour of the office and workshop. 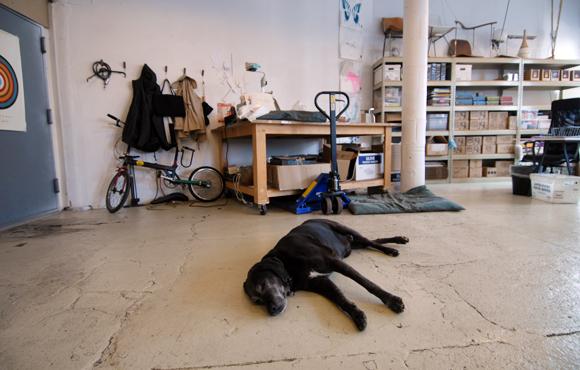 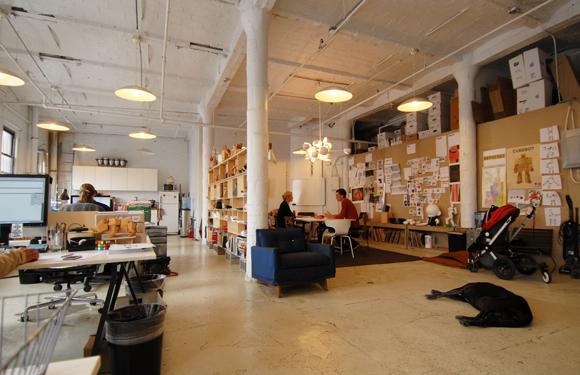 These guys have a great set up – a dream really – a white high ceilinged minimalist office with large screens and digital equipment - and next door - a complete working workshop with tools, paraphernalia and the smell of production.  For a creator you could not want more.  Despite the looming deadline there was calm and order to the studio - all seemed to have clear roles and you could feel a common cause was prevalent.

Sitting down with David you quickly knew you were dealing with a cool customer.  His speech was measured and softly spoken, so much so that we felt ourselves starting to slow down – to slow down and take some time.  So we did. David studied painting at the Rhode Island School of Design and at the time looked around for a job to keep him going.  He ended up working for jewellery designer Ted Meuhling.  It was here that he learnt that design could still be art - that he could be sculptor, craftsman, artisan and designer and create sale-able practical objects that still spoke on that higher level.

Scale as a secret weapon.

‘Scale is a secret weapon’ is how Weeks describes the power and versatility of changing the scale of an object to reveal opportunities that do not appear obvious at the outset.  He describes his balanced industrial lighting pendants that hang with elegance and grace – as ‘really just scaled jewellery’.  We look up at the example above the meeting table and we can see what he means. 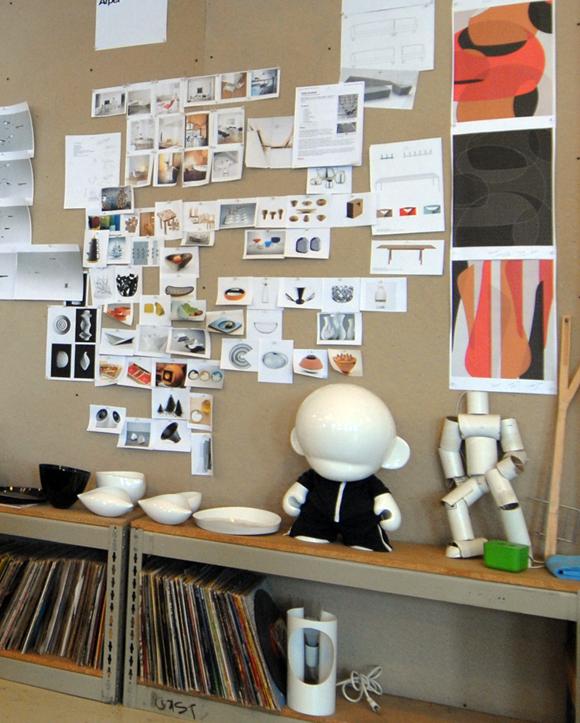 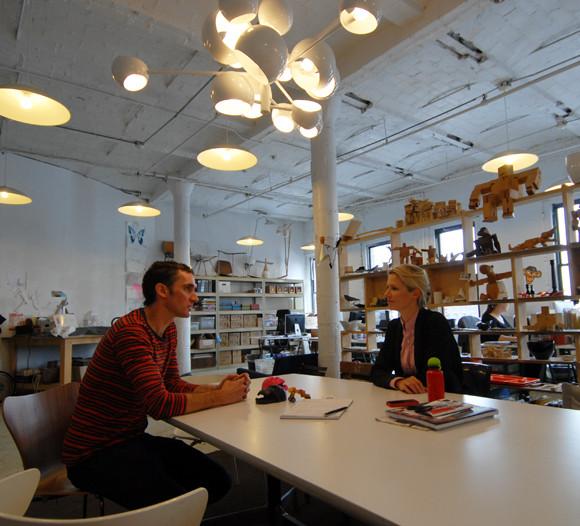 Despite his success in lighting David felt he was becoming limited, almost trapped in the image that the industry had given him – ‘as the lighting guy’ (unfortunately we had to agree, as Architects that is exactly how we saw him – though not any more).  It was this dissatisfaction that drove him to create a wooden gorilla.  Weeks explains that the gorilla was linked in some way to his psychology – they are powerful yet vulnerable, they are loved yet misunderstood.  For him turning to the belt sander to create the gorilla was a ‘break out’, a cathartic experience.  Owner of Areaware, Noel Wiggins, saw the beauty in the gorilla and asked David to develop the idea.  And from that came a gorilla ashtray and then a series of products including the Cubebot, instantly broadening Weeks’s body of work and introducing him to new audiences.

The Cubebot and Democratic Design.

The Cubebot is made of sustainably harvested cherry wood and is inspired by Japanese Shinto Kumi-ki puzzles, and is a non-traditional take on the toy robot by fusing ancient Japanese traditions with contemporary toy culture.Though different from the lighting products the cubebot is of the same vein – that the craftsmanship is the best that it can be – and that his products are attainable to as many people as possible i.e. of democratic design. 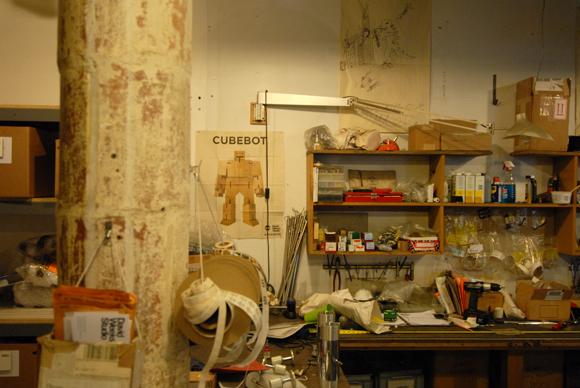 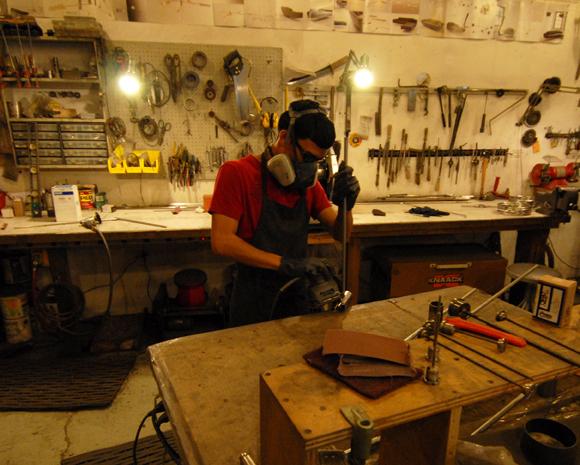 In regard to his studio he sees entrepreneurship as a major part of what he does.  He advises to listen to your gut and think carefully about going down the ‘normal’ routes of industrial design.  He feels that giving your product to the big brands is not always the best thing to do – apart from giving you a notch in your belt.  Instead he decided to do it all himself – design – production – and promotion.  Sure he took the risk on buying the machines and the equipment but at least he felt that he controlled his own destiny.  And on diversifying – Weeks sees this as extremely important going into the future.  He feels that if you invest in only one discipline then you run the risk of becoming out-dated.  Further, he feels that it increases your creativity as he thinks some of the main opportunities of the time are coming out of the merging of disciplines.

After taking the time, it became clear that David Weeks was a generous man, generous with his time and his thoughts.  We came away inspired by his business independence and his design independence - a true urban entrepreneur.  We left David Weeks Studio to the task of creating, designing and producing a collection due the next day, and between David’s and the office dog’s demeanour we can see why the team was not stressed at all. 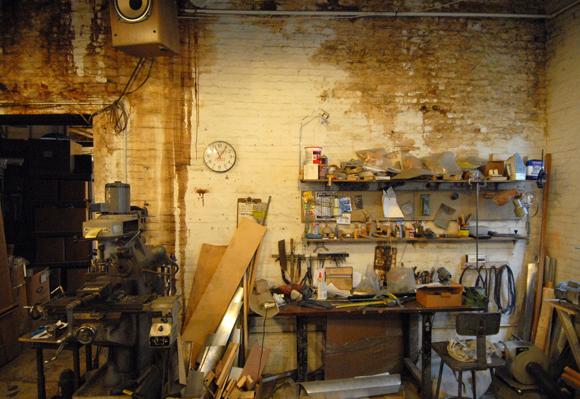 Be sure to subscribe to our newsletter to stay up to date with all the latest Goods Tube news! 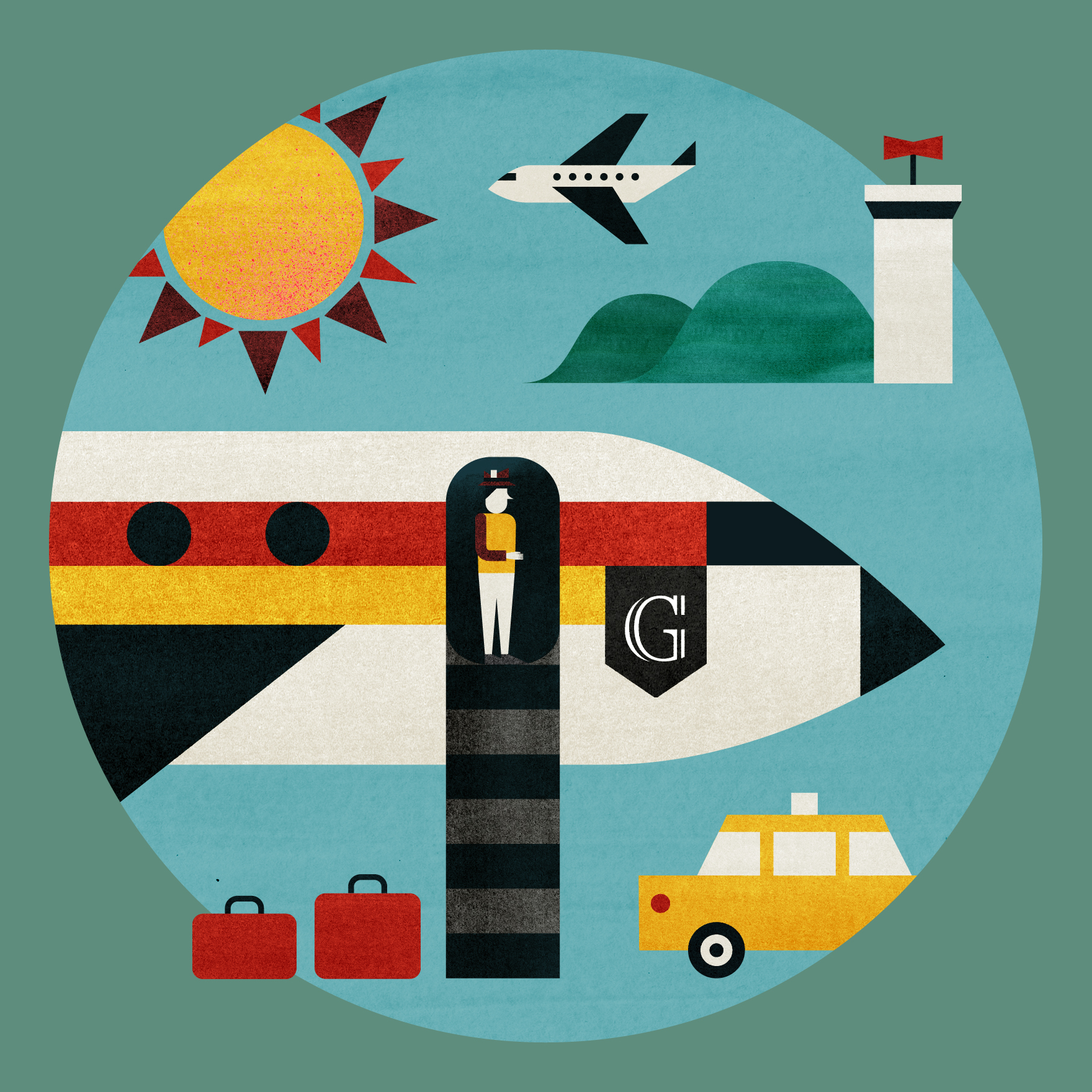 We're on social!
Follow us for all the latest updates... 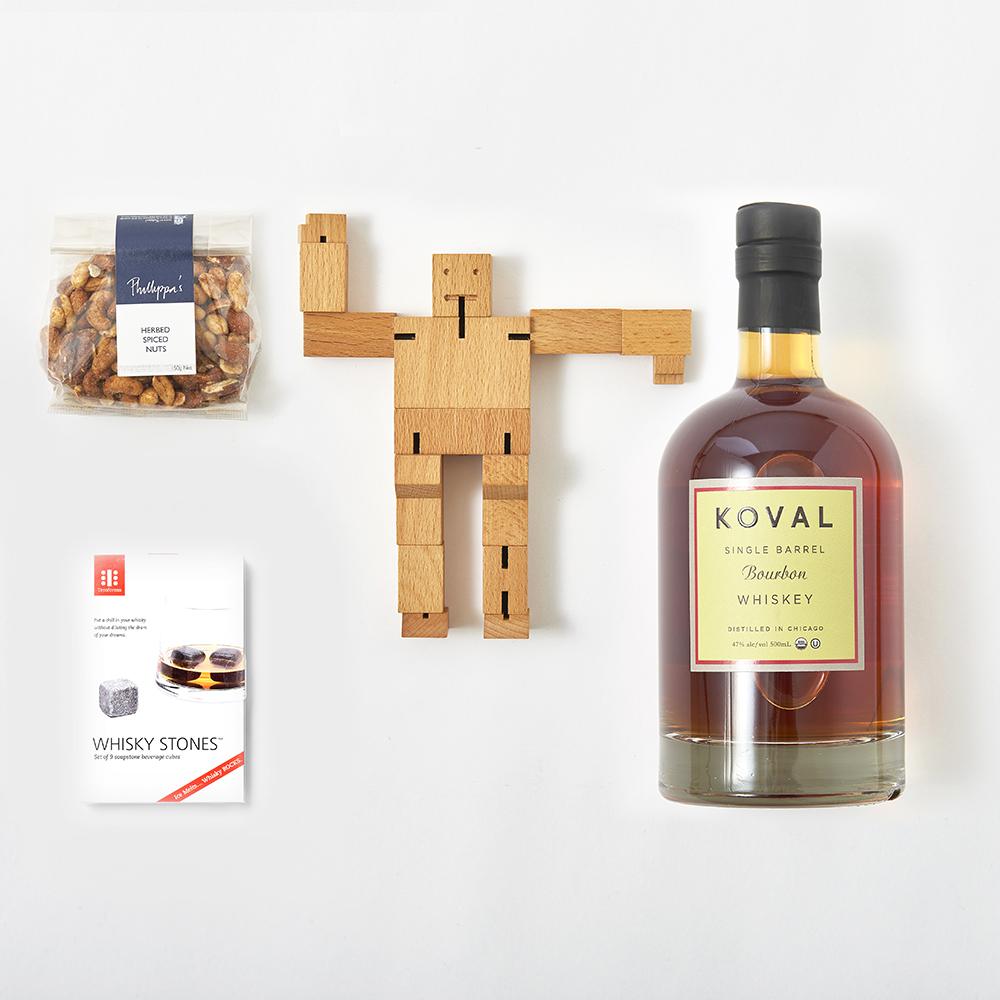 Pour a Chicago Bourbon, drop in a few ice cold cubes of Vermont soapstone and strike up a wrestle with Mr Cubebot. Feel free to show off to those at ringside.